As some of you may have seen, Wurm Unlimited 1.7 beta is now available, and we're preparing to launch it live early next week! In case you haven't seen what's in it, I'm here to give you a bit of a quick overview, so let's jump in!

Creature Cages!
While the ability to transport animals is an existing mod, we've introduced an official way to transport creatures, the creature cage. 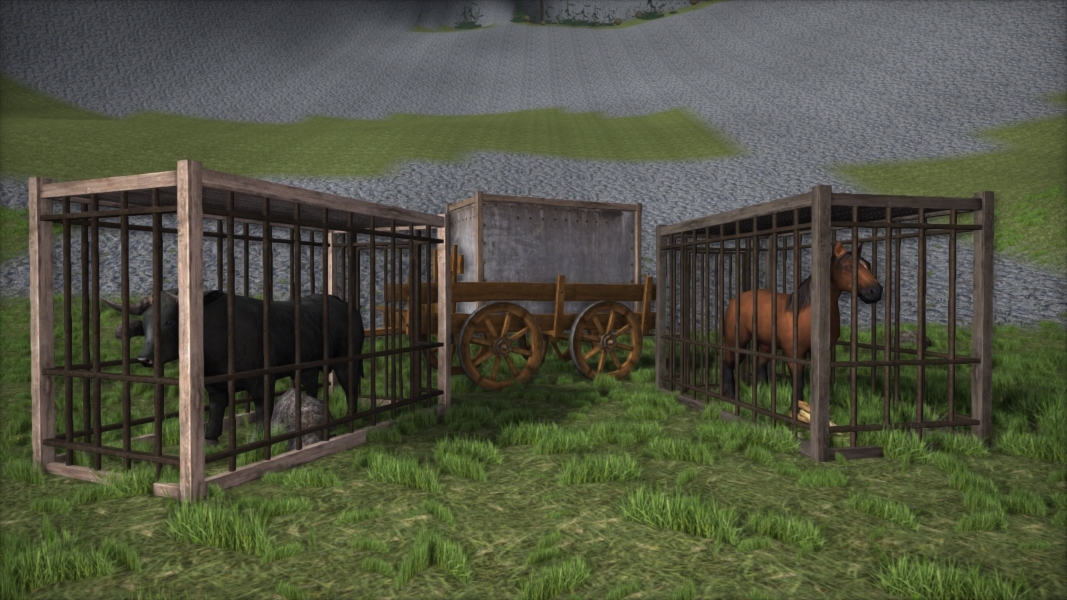 This cage will hold any creature you can lead (it must be tamed or dominated if necessary) and can be carried by vehicles too. We're also introducing a new vehicle that can hold more cages than other land based vehicles, the creature transporter.

If your server consists of multiple servers linked by sailing this will also allow you to transport creatures between them, meaning you can take your favourite horse with you always! 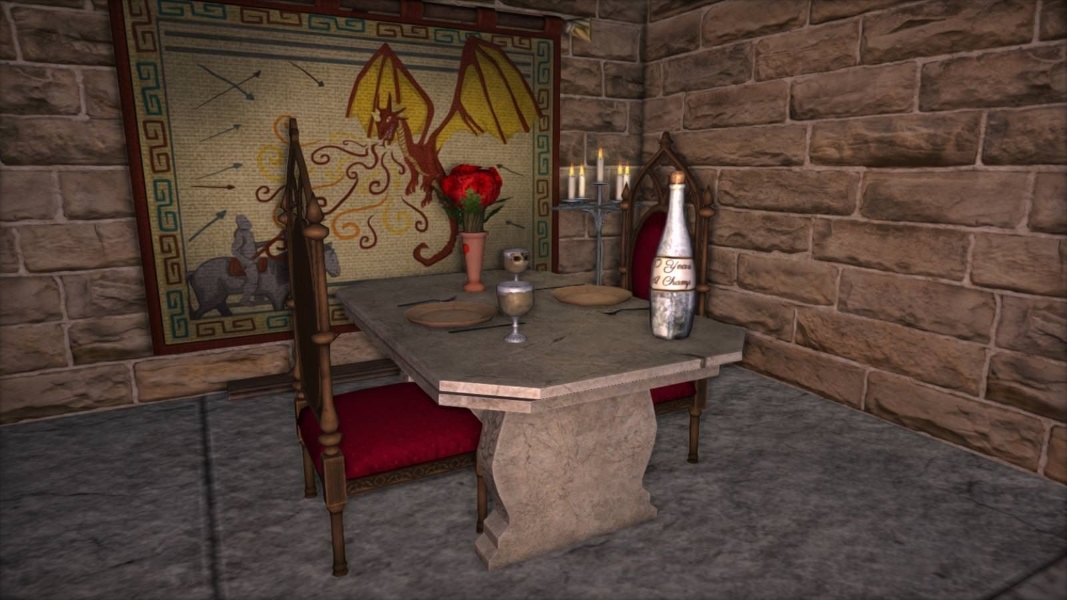 Long desired, and again appearing as a mod by the awesome modder Bdew (seriously, check out his mods) is another huge feature, the ability to place items on tables! No more eating on the floor while your fancy marble dining table sits unloved, this addition really brings out the interior decorating in you, and opens up a whole new aspect of designing your home 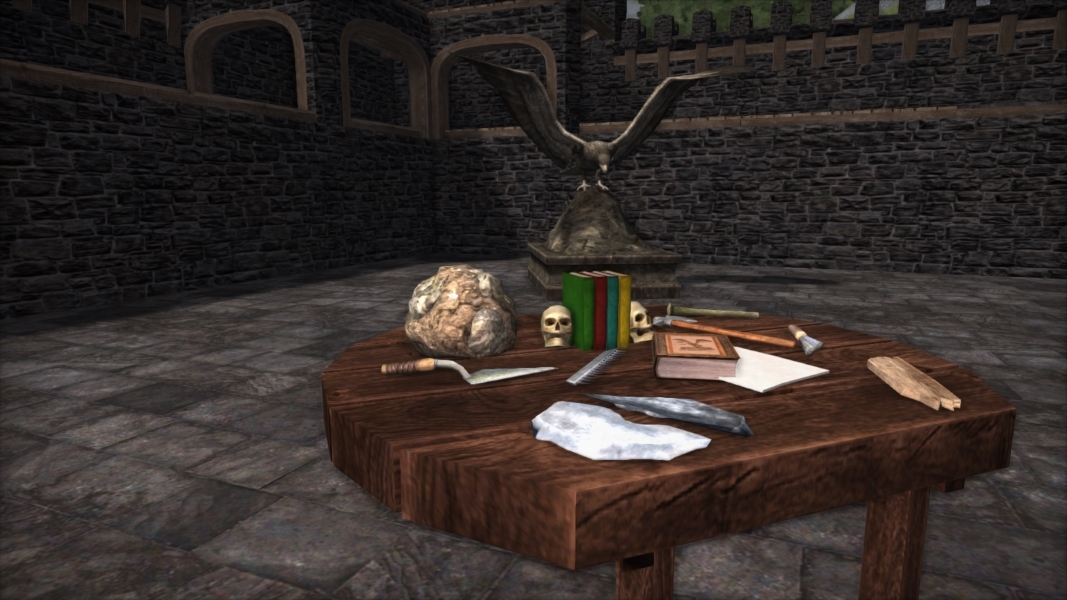 With Archaeology coming out in 1.6, we're expanding upon it with this update, adding the ability to find items of any material type, record details about deeds, and also adding new unique statues to find!

You'll be able to make an archaeology journal, and as you explore and investigate, you'll find information out about old deeds, and thus add them to your journal. 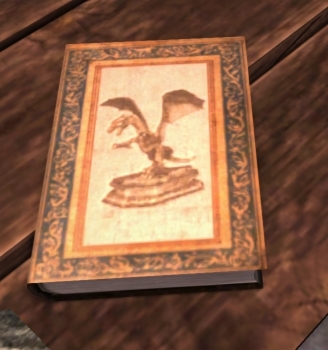 Newer servers need not fear being left out though, there's a command to seed servers with fake villages and mayors, giving you a server filled with old deeds to explore!


Future works:
Graphical improvements
A long standing issue many have had with Wurm is the dated graphics, and we're all too aware of just how it can look sometimes. A big focus of ours at the moment is to really up the ante on the graphics and overhaul a lot of it with the addition of a few systems, improved lighting, and the addition of normal and specular maps.

Distance shadows:
We're working on some improvements to terrain textures, but this update will have something that smooths out the shadows on distant terrain, making the mountains and shadows look far less blocky than before. 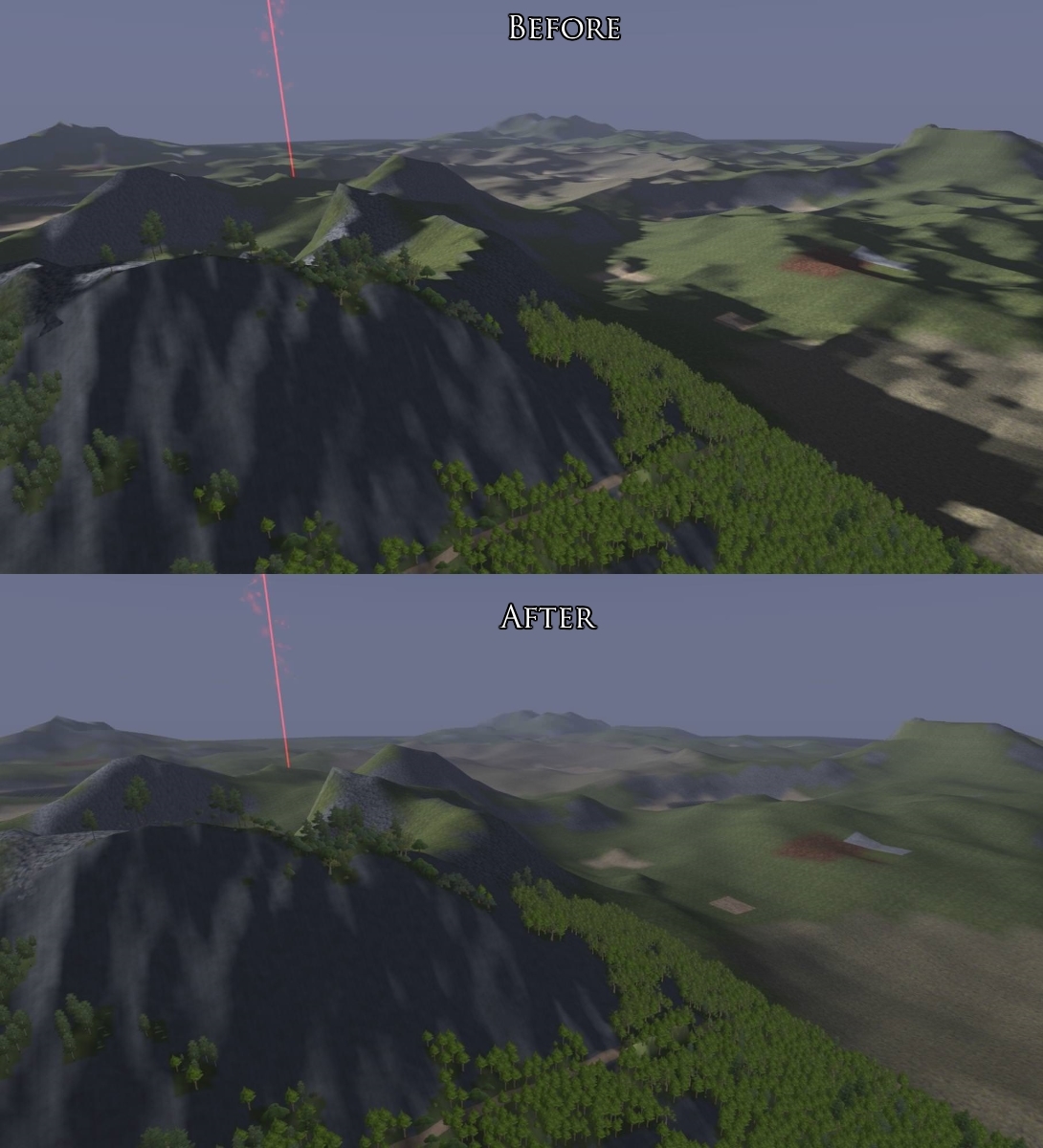 Normal maps: Normal mapping is a layer placed over an existing model, that simulates more lumps and bumps, allowing for rendering of shadows and light without actually requiring complex lighting calculations or more heavily detailed models, this means models and textures will look less flat without causing major performance penalties.

Specular maps: Specular mapping is a way of dictating how a model or texture "shines" on certain parts, e.g. Making that golden part of a model shine without the stone part shining too.

An example of just how amazing this can make things look, we have some work in progress shots of metal shields, check them out here:
https://youtu.be/uAVnxuLi5fA

Both of these will add quite a significant change to just how a lot of things look and feel, but that's not all!

We're also adding a new lighting system which will remove issues with dynamic lights flickering without impacting performance greatly, with this new system you'll be able to see all the lights in an area, and it'll look amazing! 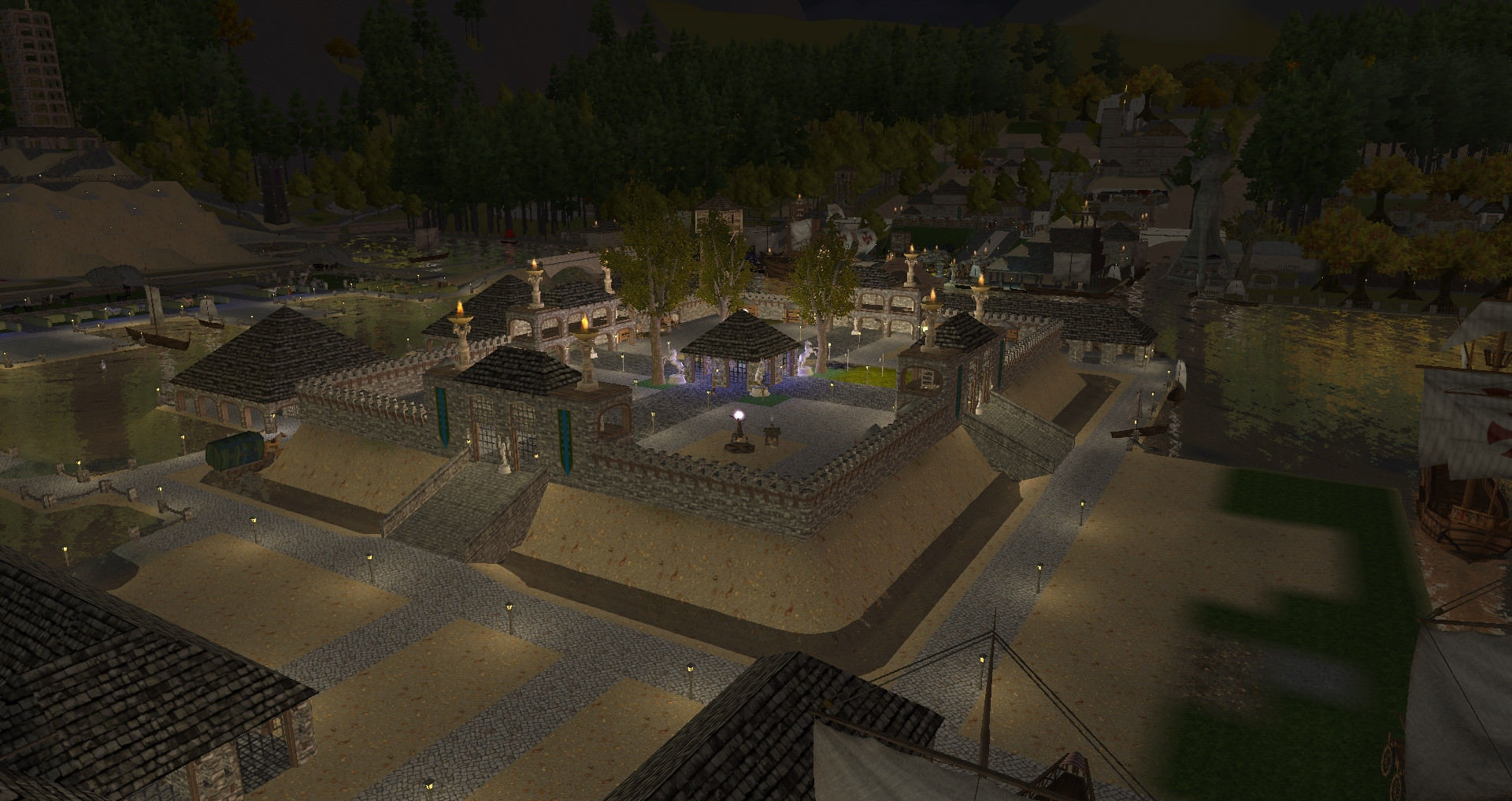 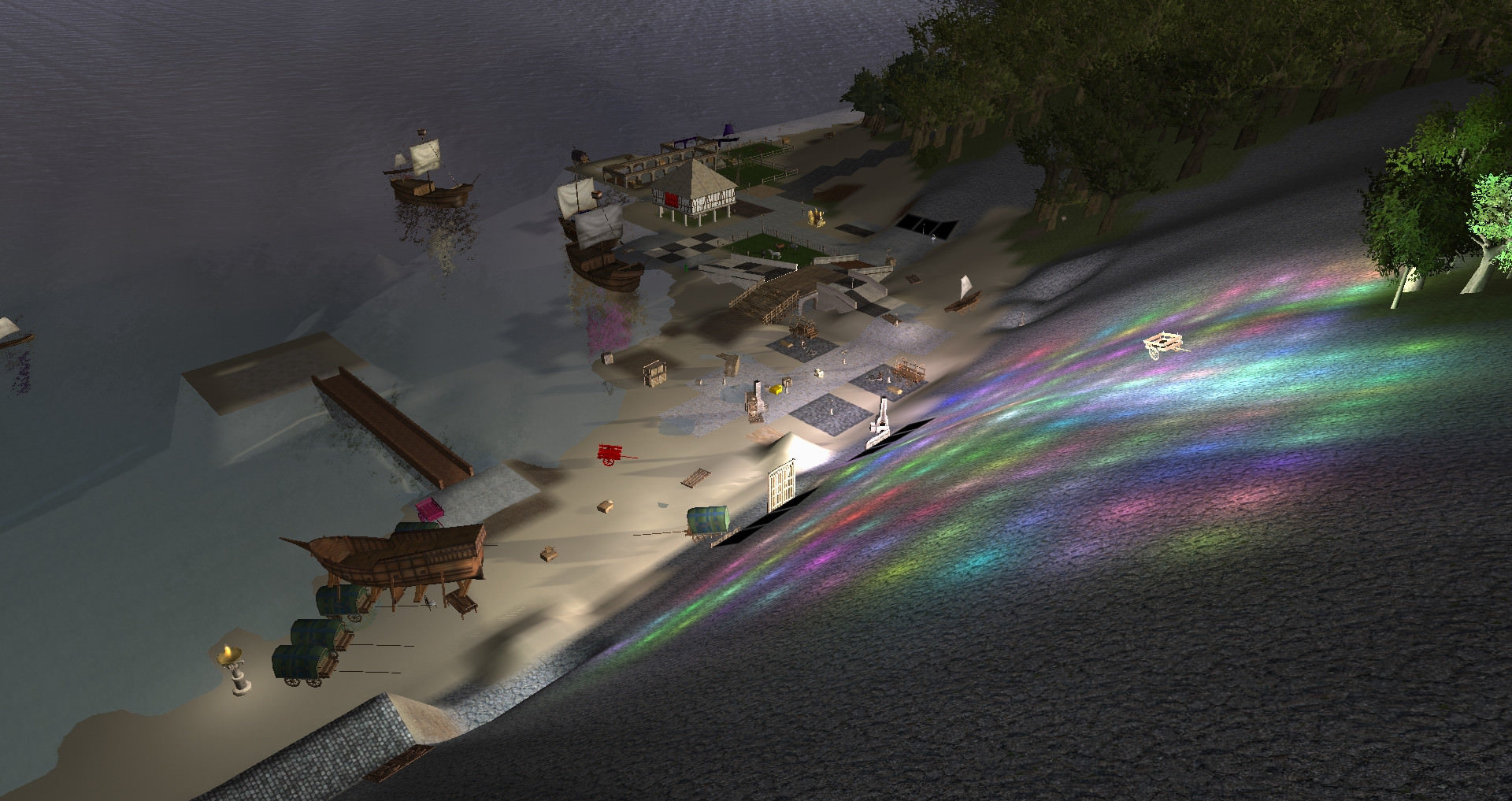 The full beta patch notes can be found here:
https://steamcommunity.com/games/366220/announcements/detail/1699429024565457994
We'll be preparing to launch this all to live early next week, so get your tools ready, there's work to be done!

Until next time, keep on Wurming!
Retrograde & the Wurm team.